Sonya Renee Taylor is the Founder and Radical Executive Officer of The Body is Not An Apology, a digital media and education company promoting radical self-love and body empowerment as the foundational tool for social justice and global transformation. Sonya’s work as a highly sought-after award-winning Performance Poet, activist, and transformational leader continues to have global reach. Sonya is a former National and International poetry slam champion, author of two books, including The Body is Not an Apology: The Power of Radical Self-Love (Berrett-Koehler), educator and thought leader who has enlightened and inspired organizations, audiences and individuals from board rooms to prisons, universities to homeless shelters, elementary schools to some of the biggest stages in the world.

Believing in the power of art is a vehicle for social change, Sonya has been widely recognized for her work as a change agent.  She was named one of Planned Parenthood's 99 Dream Keepers in 2015 as well as a Planned Parenthood Generation Action's 2015 Outstanding Partner awardee. Bustle Magazine named her one of the 12 Women Who Paved the Way for Body Positivity and in September 2015, she was honored as a YBCA 100, an annual compilation of creative minds, makers, and pioneers who are asking the questions and making the provocations that will shape the future of American culture; an honor she shared alongside author Ta'Nahesi Coates, artist Kara Walker, filmmaker Ava Duvernay and many more. In 2016, she was named a Champion of Women’s Health by Planned Parenthood and commissioned to write the official poem for Planned Parenthood’s 100-year centennial celebration. In the same year, Sonya was also invited to the Obama White House to speak at their forum on the intersection of LGBTQIAA and Disability issues. In 2017, Sonya was awarded the Quixote Foundation’s “Thank You Note, a $25,000 award for leaders and artists working in the field of reproductive justice. In the fall of 2017, Sonya was named one of 28 global changemakers selected into the inaugural cohort of the Edmund Hilary Fellowship, a 3-year international fellowship of world-leading entrepreneurs and investors, innovating purpose-driven global impact projects from New Zealand.

With a B.A. in Sociology and an M.S.A. in Organizational Management, Sonya continues to use her work to disrupt systems of inequity from an intersectional, radical self-love and global justice framework. She currently serves on the Board of Directors for Split This Rock, an organization calling poets to a greater role in public life and fostering a national network of socially engaged poets. Additionally, she serves on the Board of Directors for SisterSong, a pioneering Women of Color reproductive justice collective.  Sonya continues to be engaged in issues of racial justice, police brutality, mental health, reproductive rights and justice and much more.

In 2011, Sonya founded The Body is Not An Apology, as an online community to cultivate radical self-love and body empowerment. TBINAA quickly became a movement and leading framework for the budding body positivity movement. In 2015, The Body is Not An Apology developed a digital magazine, education and community building platform to connect global issues of radical self-love and intersectional social justice.  Today, TBINAA is a digital media enterprise reaching nearly 1 million people per month from over 140 countries with. Sonya resides between the California Bay Area and Aotearoa New Zealand. Sonya continues to tour globally sharing lectures, workshops and performances focused on radical self-love, social justice and personal and global transformation. 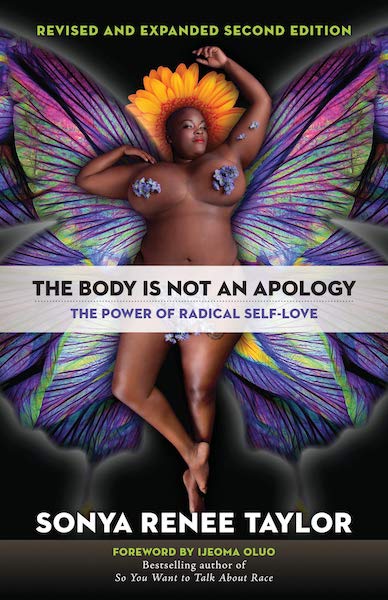 The Body Is Not an Apology, Second Edition: The Power of Radical Self-Love 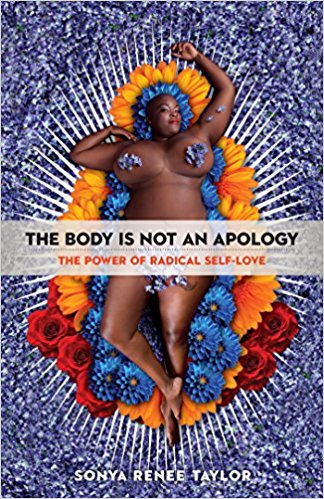 The Body Is Not an Apology: The Power of Radical Self-Love