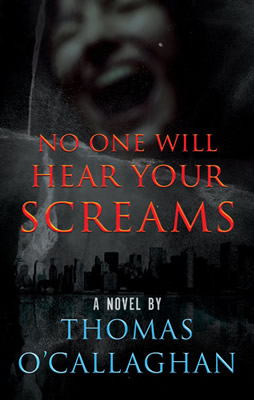 No One Will Hear Your Screams

Is there a sociopath on the loose in New York City?  The NYPD believes there is. Who is Tilden, this man who claims to have been sexually abused as a child by his mother’s john?  Was that same type of abuse, perpetrated this time by a heartless prostitute he’d hired for an afternoon of debauchery the trigger that ignited Tilden’s rage, sending him on a mission to eradicate all women of the night?

More importantly, will NYPD’s top cop, Homicide Commander Lieutenant John. Driscoll put an end to the madness?  He soon discovers Tilden’s not your common murderer.  Far from it.  Would a common murderer take the time to embalm his victims?  The Lieutenant’s assistants, Sergeant Margaret Aligante and Detective Cedric Thomlinson, sure don’t think so.  Especially when that embalming is ruled the cause of death by New York City’s Chief Medical Examiner.

Driscoll, a man haunted by the events of an unstable childhood himself, must put aside any sympathy he may have for Tilden and put a stop to his murderous rampage.  But, the Lieutenant is not the only lawman laden with emotional baggage.  Margaret Aligante knows all too well what it feels like to be an adult who’d been sexually abused as a child.  And Cedric Thomlinson has been battling his own demon throughout most of his adult life.  Will his addiction to alcohol get in the way of their investigation? The tasks that demand the full attention of Driscoll and his all too human team are arduous.  The killings must end and justice must be served.  Not tomorrow.  Nor the day after. Now!